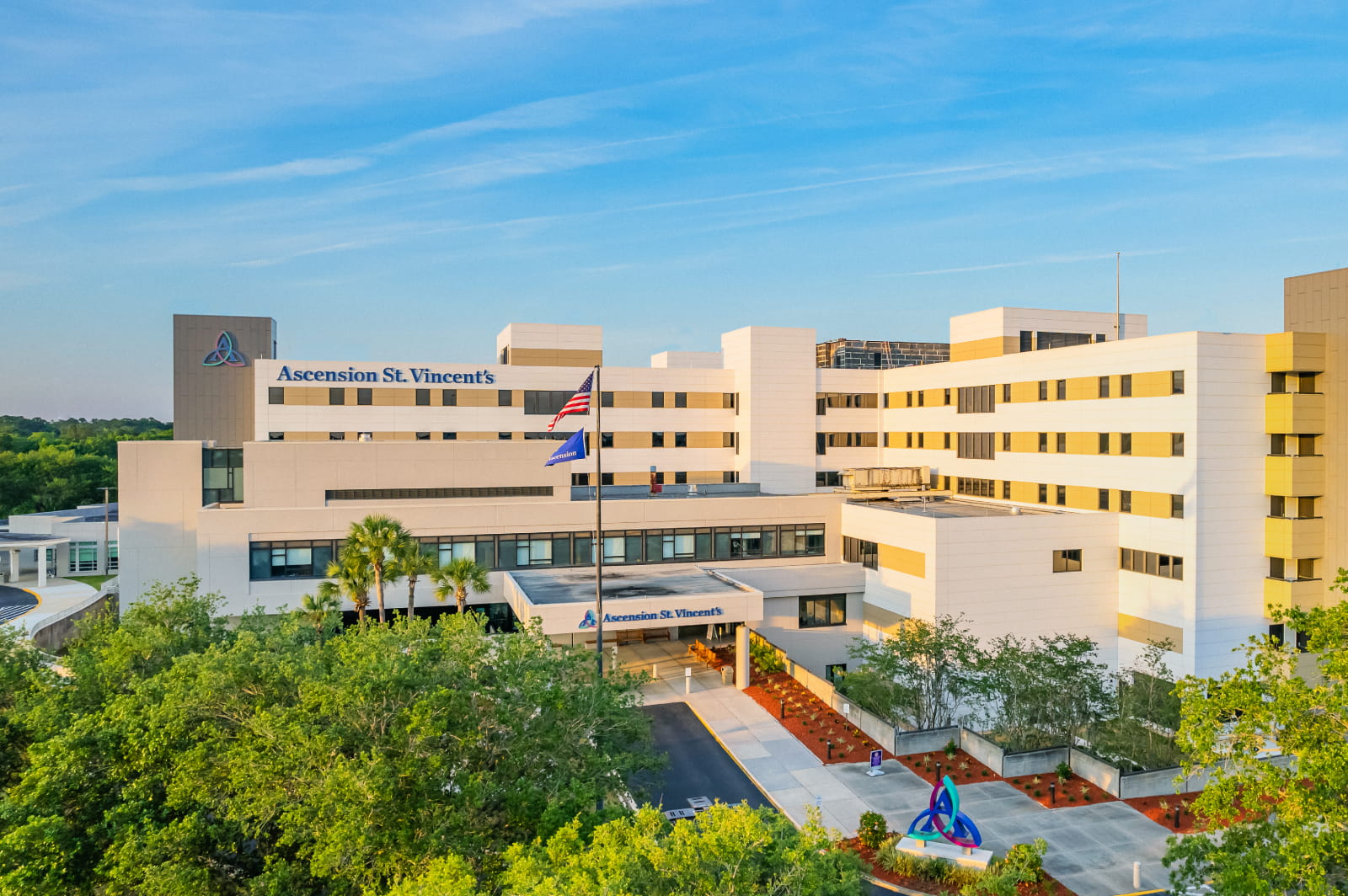 St. Vincent’s HealthCare is a faith-based, not-for-profit health system that has served the people of Jacksonville and the surrounding area since 1916. With the addition of St. Luke’s hospital, (now St. Vincent’s Southside) our history now extends to 1873. We are a member of Ascension, the nation’s largest Catholic and non-profit healthcare system. Today, we are recognized for providing high-quality, compassionate care to everyone we serve.

St. Vincent’s Medical Center Southside
St. Vincent’s Southside, formerly St. Luke’s, was founded in 1873 by three women who saw a need for medical care in the community. It became part of the St. Vincent’s HealthCare family in 2008 and is Florida’s oldest private hospital.

St. Vincent’s Medical Center Southside was formed in 1873 as St. Luke’s Hospital by three women who saw a need for medical care in the community. It is the oldest private hospital in Florida.

Humble Beginnings
Susan Hartridge, Myra H. Mitchell and Anna Doggett rented a one-story farmhouse with two rooms in a marshy area near Hogan’s Creek and opened it to the community during the busy tourist season from October through April.

Multiple Moves
As the months passed, the need grew for a larger hospital. In 1876, a new building was completed, but was destroyed by a fire before it opened. Despite the great loss, the founders and supporters began again with a renewed sense of determination. Two years later, a new building was construction on Palmetto Street in downtown Jacksonville. This facility, which survived the Great Fire of 1901, served St. Luke’s and Jacksonville for 28 years. St. Luke’s moved two more times over the years, in 1914 and in 1984, expanding to meet the growing needs of the community.