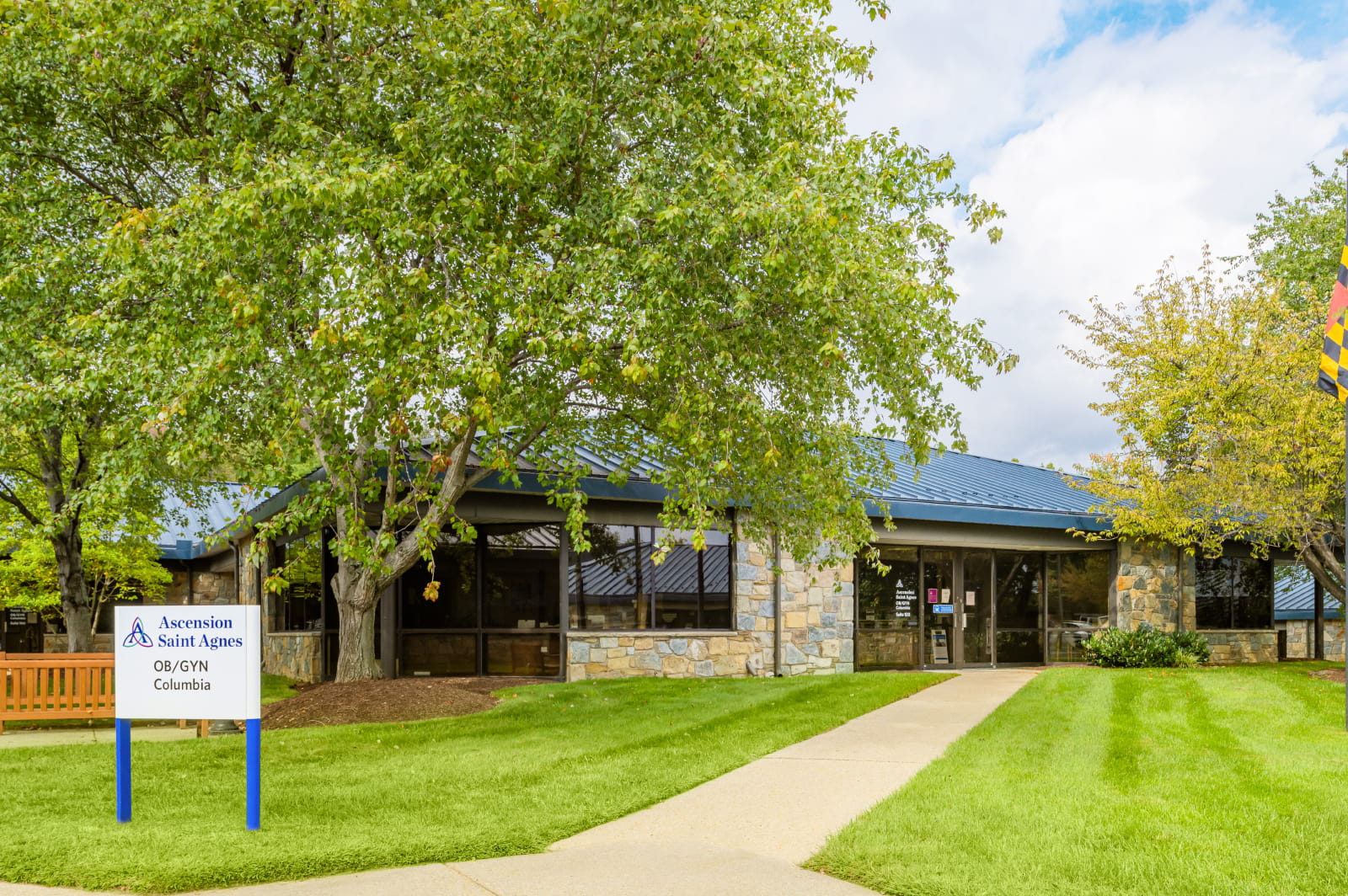 Other
Primary Care
Meet the Team

In addition to leading physicians who specialize in obstetrics, high risk pregnancy, gynecology, GYN minimally invasive surgery as well as women's reproductive health needs through all phases of life, Ascension Saint Agnes OB/GYN Columbia has a dedicated team of professionals at the ready to provide all patients with exceptional, personal care.

Lisa Mikles (formerly Lisa Bellor) has been with our group since 2000. Prior to that she saw patients at The Columbia Medical Plan. She became a RN in 1979 and a Nurse Practitioner in 1990. She enjoys seeing gynecology patients in all phases of life, from adolescence to post-menopausal. She lives in Ellicott City with her husband, an audio engineer and their dog. She has one daughter in college in NYC.

Morgan Walker, CNM, was born and raised in Baltimore County, Maryland. She obtained her Bachelor's degree in nursing from Johns Hopkins University in Baltimore, and her Masters in midwifery from Shenandoah University in Winchester, Virginia, in 2013. She is certified through the American Midwifery Certification Board and the Maryland Board of Nursing. She joined the Ascension Saint Agnes Medical Group Women's Group in November 2018. Her clinical interests include education and empowerment of women, and holistic care to include the mental as well as physical health needs of her patients. In her free time, Morgan enjoys good food, good books, and good films. She is an 'occasional' runner and yogi.

Get to know Pierrette Latimore, MSN, CNM Pierrette Latimore, MSN, CNM is a Certified Nurse Midwife with Ascension Saint Agnes OB/GYN Columbia. Pierrette has extensive experience working as a full scope midwife with women and their families in the Baltimore Area. Although Pierrette originally planned on attending medical school after college, she realized midwifery was her calling. She has been practicing in both the office and hospital setting for the past 9 years and her passion for this role continues to grow. Clinical interests and care goals As a mom of three young sons, Pierrette has an interest in teaching teenagers about their bodies, health, and wellness along with preventing teenage pregnancy. She also has an interest in increasing postpartum support and empowering women to advocate for themselves.

Dr. Fatima Bangura was born in Sierra Leone, West Africa, and raised in Greensboro, North Carolina. She earned her medical degree from the University of North Carolina at Chapel Hill School of Medicine in 2011, and completed her residency at the University of Maryland Medical Center in 2015. She is board-eligible in Obstetrics and Gynecology, and joins the Ascension Saint Agnes Medical Group, Women’s OB/GYN Group.

Dr. Bangura is a Junior Fellow by the American Congress of Obstetricians and Gynecologists, and received the Medical Foundation of North Carolina’s full tuition scholarship to attend medical school. While there, she was inducted into the John B Graham Medical Student Research Society. She has a medical interest in global and immigrant health, as well as Adolescent Medicine. She speaks Themne and Krio, two West African languages. When not working, Dr. Bangura enjoys watching Tarheel basketball and spending time with family.

Dr. Brenda M. Brandon was born in Maryland. She was a graduate of the University of Maryland Pharmacy School in 1972. She received a Masters degree in Epidemiology from the Johns Hopkins School of Hygiene and Public Health and graduated from the University of Maryland School of Medicine in 1983. After a year of internship in Internal Medicine at Mercy Hospital in Baltimore, she completed her residency in Obstetrics and Gynecology at the University of Maryland in 1988. She has been in private practice in Columbia since 1988. She joined the medical staff at Ascension Saint Agnes Hospital in 2005. She is Certified by the American Board of Obstetrics and Gynecology and is a Fellow of the American College of Obstetricians and Gynecologists. She and her attorney husband live in Baltimore. She is no longer performing deliveries.

A native of New Jersey, Dr. Lindsay Dokou earned her medical degree from Robert Wood Johnson Medical School (Rutgers University) after completing her Bachelor of Science in Biomedical Engineering at Columbia University. She came to Baltimore for OB/GYN Residency at the University of Maryland. After residency, she joined Ascension Saint Agnes Medical Group. Dr. Dokou is a Junior Fellow of the American College of Obstetrics and Gynecology. She has an interest in using modern technology to make medical information and treatment easier to access for all patients. Her other interests include obstetrics, minimally invasive gynecologic surgery, and women’s health maintenance. Dr. Dokou and her husband had their first child in 2015. She enjoys spending time with her family, volunteering on medical missions, and playing piano.

Dr. Dahna Goldberg moved to Maryland from Boston to join us in 2003. Her medical degree was received at Georgetown University in Washington, D.C. She did her residency training in Boston, then joined a private practice there. She is a Fellow of the American College of Obstetricians and Gynecologists. Dr. Goldberg is certified by the American Board of Obstetrics and Gynecology.

Dr. Tanya Kalmar earned her medical degree at the University of California, San Francisco School of Medicine in 1996. She completed residency training in Obstetrics & Gynecology at Maimonides Medical Center, Brooklyn, New York, where she received the Maimonides Obstetrics & Gynecology Academic Achievement Award and the Berlex Best Teaching Resident Award Dr. Kalmar is certified by the American College of Obstetrics and Gynecology. She is a member of the American Society for Colposcopy and Cervical Pathology. Dr. Kalmar is fluent in Spanish.

Dr. Kalmar was awarded the Alliance for Rural Community Health Public Service Award in 2007 for her work in community health and outreach. Her teaching responsibilities include a preceptor to Dartmouth medical students at the Dartmouth Hitchcock Medical Center. She is currently Chairperson of the Alice Peck Day Perinatal Safety Committee. She is also proud of her 2012 distinction as Bernice Ray Elementary School parent, and assistant soccer coach at Hanover Recreation Department.

Dr. Kilo received her undergraduate degree from Hood College in Frederick, MD and her Medical Degree from Temple University School of Medicine in Philadelphia, PA. She completed her Obstetrics & Gynecology residency at Saint Peter’s University Hospital in New Brunswick, N.J.

Prior to joining us, Dr. Kilo worked with Saint Agnes at Baltimore Medical Systems, since 2016. She is excited about joining the Women’s OB/ GYN Group and looks forward to having the opportunity to provide care that is tailored to each patient’s stage in life!

Dr. Erica Leventhal joined our practice in July, 1998. She had been in practice in Columbia starting in 1994. Dr. Leventhal received her B.A. in biochemistry from Vassar College in 1986. She was a member of Phi Beta Kappa. She received her Doctor of Medicine from Johns Hopkins University in 1990. She completed her residency in Obstetrics and Gynecology at Johns Hopkins University in 1994. Dr. Leventhal is certified by the American Board of Obstetrics and Gynecology and is a Fellow of the American College of Obstetricians and Gynecologists. She joined the medical staff at Ascension Saint Agnes Hospital in 2005. She and her husband, Gary Wohlstetter, live in Columbia. She has 2 grown children.

Dr. Candice Mak joined our practice in August of 2012. She received a B.S. in Biomedical Engineering from the Johns Hopkins University and completed her medical training at the Johns Hopkins School of Medicine. She then completed residency training at the University of Maryland Medical Center and Mercy Hospital. Dr. Mak speaks conversational Mandarin Chinese and some Cantonese. She is a Fellow of the American College of Obstetricians and Gynecologists. Health Education
What I say to my patients about colon screenings
Sudeep Sodhi, MD is a board-certified gastroenterologist in Ascension Wisconsin. In addition, he has an interest in integrative nutrition. Health Education
Important questions to ask your doctor about COVID-19 and pregnancy
If you are pregnant or thinking of becoming pregnant, start a conversation with your doctor now about getting vaccinated against COVID-19 - for yourself and your baby.
VIEW MORE