Gregory S. McGee, M.D. is a native of Nashville, Tennessee. He received his Bachelor of Science degree from the University of the South in 1979, and graduated from the University of Alabama School of Medicine in 1983. Dr. McGee did his externships at St. Thomas Hospital in Nashville, and the National ... Read More Children’s Hospital in Washington, D.C. He completed a general surgical residency at Vanderbilt University where he also served as Chief Resident from 1988 to 1989. Dr. McGee completed a two-year vascular surgical fellowship at Northwestern University in Chicago, Illinois, from 1989 to 1991. He is a fellow of the American College of Surgeons. He is certified by the American Registry for Diagnostic Medical Sonography. He is a member of the Alabama Vascular Society, the Association of Academic Surgeons, Southern Association for Vascular Surgery, Southeastern Surgical Society, The H. William Scott, Jr. Society and the Society for Vascular Surgery. He is also a member of the Medical Association of the State of Alabama and the Medical Society of Mobile County. Dr. McGee will be seeing patients at the J.F. Turner Heart Center, Suite 105, on Mondays, and performing surgery at Singing River Hospital every day except Wednesdays. He will be seeing hospital consultants any day of the week. His goals are to collaborate with his Singing River Hospital colleagues, to provide the highest quality vascular care for patients in the Jackson County, Mississippi Region.
Read Less 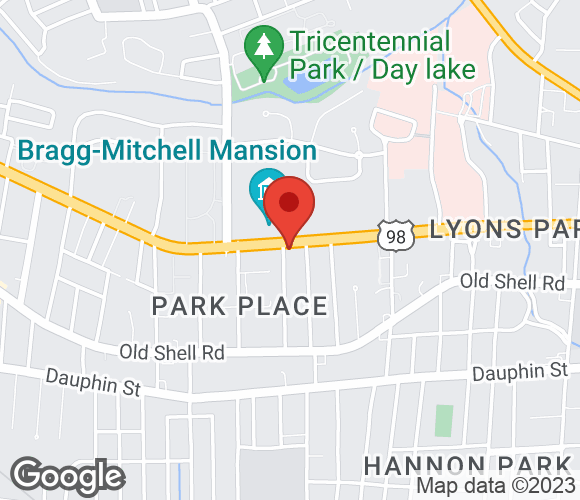 Primary Location
Cardio-Thoracic & Vascular Surgical Associates, PA
1855 SpringHill Ave
Mobile, AL  36607
Phone:
(251) 471-3544
Fax:
(251) 476-7456
Book Appointment
(251) 471-3544
Why Ascension
Ascension doctors are committed to getting to know you. They take time for real back-and-forth conversations with you so they can understand all aspects of you and your life. Because great care starts with seeing your whole picture.
Report a correction about this profile.
Schedule a Visit