Dr. Stilwell is originally from New Albany, Indiana. She graduated from Manchester College and then Indiana University School of Medicine. She completed her residency at Indiana University and settled down in Indianapolis with her family. Initially in 2007, she worked as a general outpatient pediatrician ... Read More in Shelbyville, Indiana at Major Pediatrics for three years before coming to St. Vincent as a Newborn Hospitalist at the Women's Hospital for five and a half years. She took over as Advisor for the 2015 graduating class in October 2013 and became a member of the Residency Administrative Group at that time. She was the coordinator for the Intern Newborn rotation until August 2015 when she joined the Primary Care Center pediatric team as one of the pediatric teaching faculty. In November 2016 she became the Director of the Pediatrics clinic and continued to serve as an Advisor for the Class of 2019 and an Associate Program Director for the Residency. She is married and mother to two young boys who keep her busy with soccer, basketball and various other activities.
Read Less 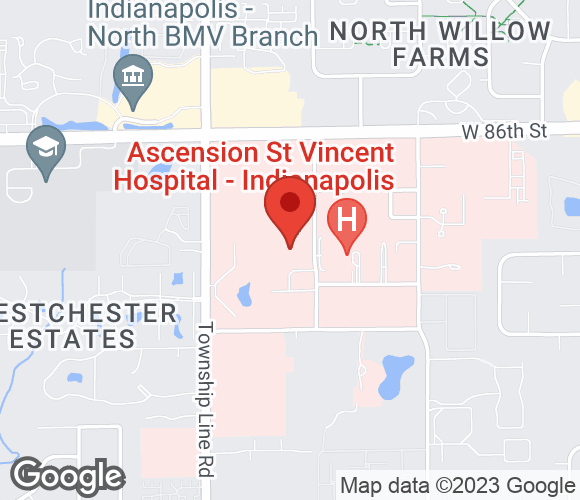 Primary Location
Joshua Max Simon Primary Care Center
8414 Naab Rd
#200
Indianapolis, IN  46260
Phone:
(317) 338-7510
Fax:
(317) 338-7631
Book Appointment
(317) 338-7510
Why Ascension
Ascension doctors are committed to getting to know you. They take time for real back-and-forth conversations with you so they can understand all aspects of you and your life. Because great care starts with seeing your whole picture.
Report a correction about this profile.
Schedule a Visit